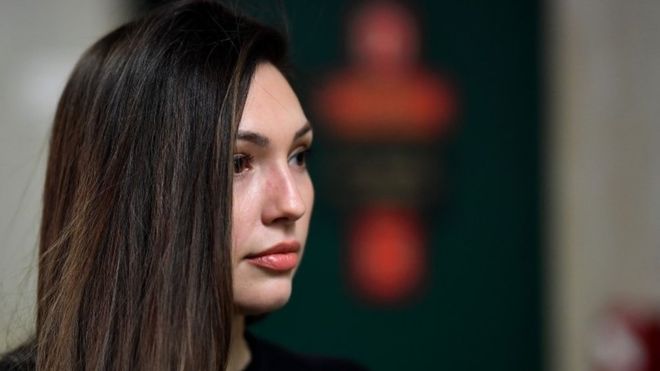 “If he heard the word ‘no,’ it was like a trigger for him,” said Jessica Mann, choking back tears on the stand of the Harvey Weinstein trial.

It’s not a new concept, but it’s one that is commonly overlooked. So let’s put it out there again: Sexual assault and rape are not about the sexual act. In heterosexual and same-sex encounters, sex is the tool used to assert dominance and gain power over another person.

Why is the distinction important? Because in order to actually solve systemic issues, you need to understand the root of the problem.

Jessica Mann detailed the abuse she withstood by the Hollywood producer, saying he once trapped her in a hotel bedroom and raped her. Three of the five charges against Weinstein are related to Mann.

Weinstein does not deny the sex, but maintains that it was all consensual. His lawyers have used emails to show that the relationships that Mann and Weinstein continued to have after her initial assault prove that it was consensual.

When you don’t understand power imbalance, it might be easy to accept this as evidence.

When you do understand the power imbalance, however, you know that the reality is much more dimensional.

Mann’s testimony came at the end of the fourth week of the Weinstein trial. The 34-year-old actress said she met him in late 2012 or early 2013 at a party, and she told him of her ambition to work in the entertainment industry. Later, she said, he invited her and a friend to a Los Angeles hotel suite. She then said Weinstein pulled Mann into a bedroom and performed oral sex on her.

From there, Mann says they began a relationship. “I entered into what I thought was going to be a real relationship with him and it was extremely degrading from that point on,” she said.

She said he once urinated on her, and in 2013 raped her in a Manhattan hotel room, saying, “If he heard the word ‘no,’ it was like a trigger for him.”

When asked why she stayed in the relationship, Mann said in tears that there was “no short answer”.

“One of the aspects initially was that I had had a sexual encounter” with him, she said. “That wasn’t something I could undo. That really confused me and hurt me.” She explained that she stayed with him partly out of fear.

Damon Cheronis, a Weinstein lawyer said Mann sent “flattering” emails to Weinstein during their relationship, with messages including “Miss you, big guy.” This was the defense’s claim for proof that the relationship was not abusive.

In Friday’s testimony, Mann also alleged that Weinstein had “extreme scarring” on his body and used erectile dysfunction medication. She also believed he was intersex, and it appeared he had a vagina and no testicles.

It’s important to note that none of this is proof of a consensual relationship. Testimony given last week by sexual assault and trauma expert Dr. Barbara Ziv on rape myths accounted for the fact that it is completely normal for victims of sexual assault and rape to continue and pursue contact with their abuser, from reaching out via text to entering in or continuing relationships. The reasons, Ziv explained, varied, but most could be boiled down to the following:

We will have more updates as the trial continues.