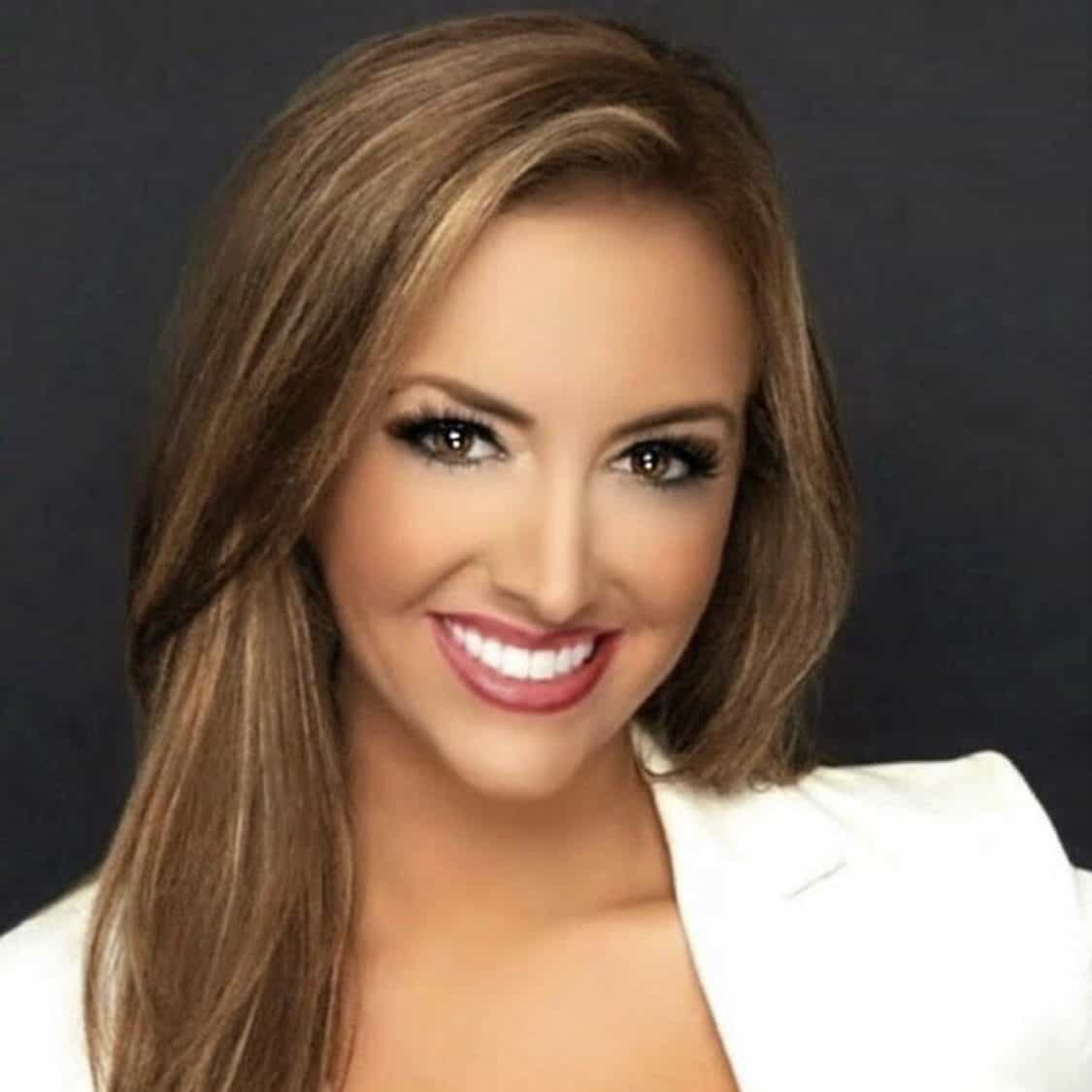 Jennifer Eckhart came forward about her sexual assault working as a young reporter trying to find her place in the industry and make a name for herself. What happened after that is disheartening, but not surprising. Since reporting her assault, Jennifer has faced blame, shame, and stigmatized ridicule because she dared to tell the story of the abuse she encountered. Jennifer gave Voices in Action permission to share the story she told Thrive Global in October of 2020:

I cannot tell you how many times those words have appeared in my Twitter mentions or in my Instagram inbox over the last few months since I came forward as a victim of sexual assault. Before I am accused of self-gloating, allow me to clarify: I do not feel brave.

Nothing about coming forward as a victim of sexual assault feels brave. It feels scary, isolating, and causes you to relive your trauma over and over again, regardless of “how many years ago” it happened.

Instead, you often feel trapped, publicly violated, hopeless, and maybe even suicidal.

I don’t care how “brave” and “fearless” someone might project themselves to be on social media, because, as I know from firsthand experience: you are never quite “brave” enough for the avalanche of public shame, retaliation, character assassination and humiliation that ensues after coming forward as a victim of sexual assault.

The effusive praise of “You are so brave” led me to question why society is quick to correlate the words “brave” and “rape” together. I believe it is because society is programmed to immediately blame the victim, and it’s much easier to accuse survivors of playing the “victim role,” instead of rapists playing the abuser role.

After filing a federal lawsuit against my abuser and former employer, in just a matter of minutes, I went from being referred to as my abuser’s “anonymous accuser,” to being called a “liar,” a “whore,” a “slut,” a “gold digger,” an “attention seeker,” and, my personal favorite, a “paid Democratic operative trying to sway the upcoming Presidential election.”

Social media can be an especially useful conduit to disparage sexual assault victims. One degrading comment I received was that “I belong in jail,” while one Instagram user expressed to me, “I don’t believe anyone would want to rape you. Sorry just don’t.”

While another Twitter bully righteously explained, “You know damn well you are lying! What will you say when you are face to face with the Lord?”

That is an excellent question, actually. My hope is that I will say, “I have fought the good fight, I have finished the race, I have kept the faith,” from 2 Timothy 4:7-8.

You see, when your own faith, image, morals, values, character, and reputation – everything you hold dear in life – is being questioned, torn apart, stomped on and dissected by the entire world, you start to have serious moments of sadness, humiliation and crippling self-doubt – not feelings of bravery.

Nevertheless, you then receive dozens of messages of hope that read like this:

“As a father of two girls, ages 14 and 8, your voice will now benefit them. Thank you for being a wonderful role model.” -Scott M.

“Ignore the negative and stay strong. I didn’t have the mental strength to fight my rapist, so fight! Fight with all of your might!” -Tessie S.

At that moment, I felt that no amount of hate, vitriol, lies, smear campaigns, victim shaming or bitterness could ever deter or distract me from shedding light on the truth of what really happened to me. Because if I can prevent one person from having to suffer through what I did, I’ll call that a victory.

Author Alexandra Elle once said, “You are not a victim for sharing your story. You are a survivor setting the world on fire with your truth. And you never know who needs your light, your warmth, and raging courage.”

That quote proved to be true the day my story went public, because a number of other victims, some of whom currently work for my former employer, came forward to me after I filed my lawsuit.

They shared stories of similar abuse and sexual harassment that they, too, have suffered from the same man who raped me. The fact that my lawsuit has given other victims the courage to find their voice further justifies my decision to file this action.

But what’s even more troubling, is that four months after filing my federal lawsuit, I continue to receive countless, heart-wrenching messages from strangers and fellow survivors of sexual assault sharing their traumas with me, telling me that they regret not coming forward sooner against their abuser due to fear of not being believed. I want every reader and survivor out there to know that I, too, harbor that same fear.

There is an exceedingly toxic rape myth in society; namely, that a victim of rape would never send their attacker friendly or even consensual-looking messages or selfies that are deemed “sexually suggestive.”

Someone recently Tweeted at me saying, “The #MeToo movement died years ago.”

Myself, and countless other victims, are unfortunate living proof that the #MeToo movement is indeed alive and well in 2020. The movement is also gender-neutral, and deserves to be treated as such.

So, before certain members of society rush to blame and question how a victim of rape could possibly “allow” this to happen to him or her, here’s a tip for every predator sympathizer out there:

No one is entitled to your body. Period.

An abuser’s “yes,” does not cancel your “no.” Being emotionally manipulated and coerced into sexting, or even sending nude or suggestive photos of yourself to your abuser, does not give the abuser consent to rape and violate you without your permission.

And, if a power imbalance between you and your abuser makes you afraid to say “no,” that is not consent. A wife or husband can still text, “I love you,” to an abusive spouse, out of fear of getting harmed if they do not comply or play along.

– Ask a victim of sexual assault what they were wearing at the time of their attack.

– Ask a victim of sexual assault if they thought their rapist was attractive.

– Ask a victim of sexual assault if they had been flirting with their abuser prior to the attack.

– Ask why the victim went to the location of where they were sexually assaulted or harassed.

– Ask if the victim was drunk, or had been drinking.

– Tell a victim of rape that they were “asking for it” or “wanted it.”

And to the countless victims out there suffering in silence, to the survivors who will never get awarded lucrative book deals, or have tiny blue meaningless checkmarks attached to their social media handles, to the survivor crying in the parking lot with her daughter in the backseat, to the teenage boy who was sexually assaulted in the boy’s locker room, and is too afraid to say anything out of fear of being bullied, and to the countless other survivors who never received justice: you matter and you are worthy.

The day before I filed my lawsuit in federal court, I shared a quote to my social media from civil rights icon John Lewis who had recently passed away saying, “If you see something that is not right, not fair, not just, you have a moral obligation to do something about it.”

As a society, we all have a moral obligation to do what is right and to use our voices, no matter how insignificant we might think we are.

When you are silent, you let the bullies win.

My father, my hero, is a 3-time cancer survivor living on dialysis; I was raised to believe that I can overcome anything, which is why I will continue to speak out against the horrible agenda of silence society has thrust upon us, not just as a journalist – but as a fellow survivor.

For those who have suffered, or know someone who has suffered from sexual assault, harassment or other forms of abuse, you are welcome to share your story in confidence with me. You are not alone.

My name is Jennifer Eckhart, and I am a survivor.

These words were originally published by Jennifer Eckhart in Thrive Global.

Jennifer Eckhart continues to face the what too many survivors know as the “consequences” of coming forward against her abuser. Voices in Action is grateful for her voice and we continue to fight for a world in which such actions are no longer considered brave and, instead, seen as normal.

Jennifer Eckhart is a journalist, news anchor, radio personality and producer who has been featured on Fox News, Fox Business Network, and Fox Nation. She continues her fight as a tireless advocate for women’s and victim’s rights and we are grateful for her Voice.