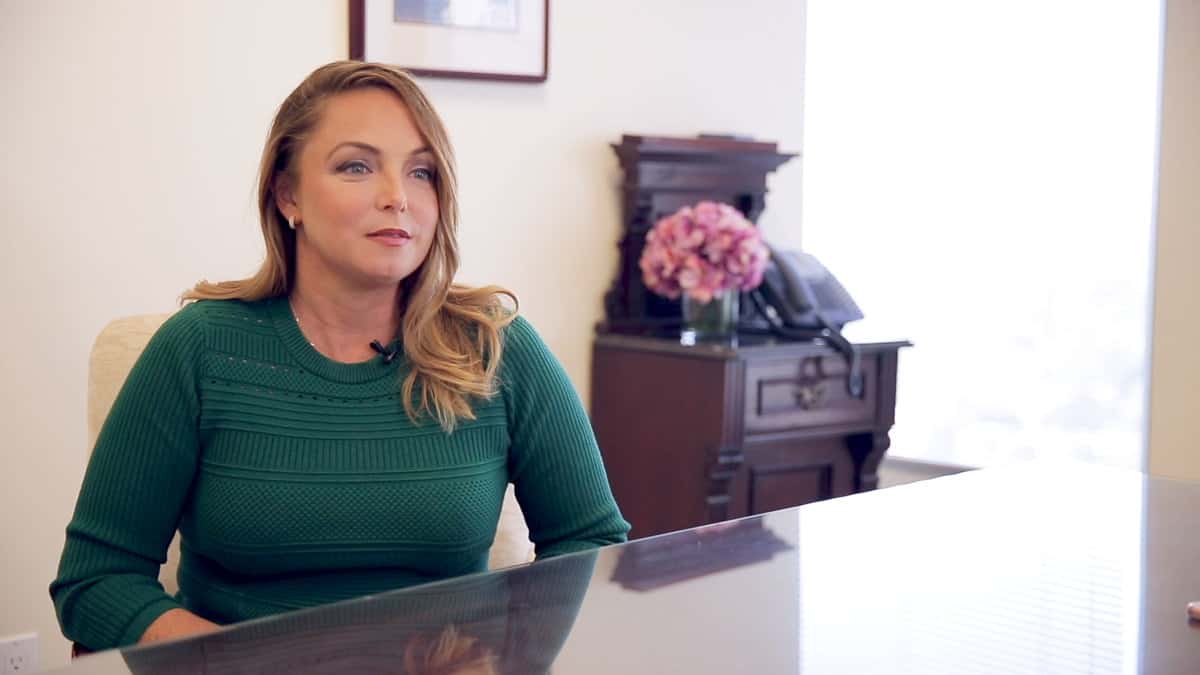 Louisette Geiss is one of the lead plaintiff’s in Harvey Weinstein’s civil case and as a Silence Breaker has been instrumental in helping ignite the #MeToo Movement. Louisette shared her experience coming forward against someone with so much power with Voices in Action:

Louisette is a writer, actor, and mother. Lousiette’s new music, “The Right Girl” will be viewed by a live audience for the first time on November 1 at Barrington Stage Company in Pittsfield, Mass. “The Right Girl” features music by 11-time Academy Award nominee and Grammy, Emmy, and Golden Globe award-winning songwriter, Diane Warren.

A write up for The Right Girl:

Is she The Right Girl? Eleanor Stark’s entire life has been leading up to this moment: her first day as Chief Creative Officer of the legendary movie studio, Ambrosia Productions.

As Eleanor rises to the top of her game working side by side for years with the industry’s most respected men, we learn that one of them has been abusing women all along. What role does she play in the story of Hollywood’s most fiercely guarded secret?